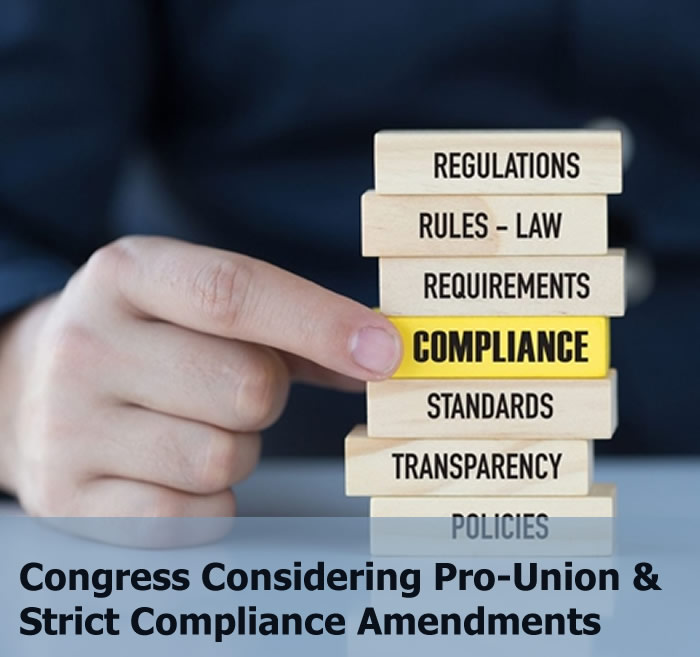 Just to put a little more pressure on HR – Very minor FLSA infractions could soon present monumental headaches, and potentially derail current or prospective contracts with the Department of Defense.  These contracts are the life blood for many employers.

Although passage of a series of proposed amendments to the National Defense Authorization Act is doubtful, simply being aware of these will provide very important reminders about the critical nature of all compliance issues, and a mindfulness of the cyclical nature of pro-union efforts that impact all employers.

Earlier this summer, the NLRB issued a press release (which can be found here: NLRB July 2022 Press Release), documenting how, during the first nine months of the agency’s fiscal year (October 2021 – June 2022), the NLRB received 1,892 petitions, a 58% increase over the same time period the previous fiscal year, and also pointed out that by the end of May 2022, the number of petitions had already exceeded the total for all of FY 2021.

Please continue to our blog for a timely and critical analysis of these pending amendments.

In a series of amendments to the National Defense Authorization Act for fiscal year 2023, the House of Representatives advanced a series of unabashedly prounion positions. The most significant of the amendments bars the U.S. Department of Defense (DOD) from awarding contracts to companies with workplace violations or give preferences to unionized companies. Similar “blacklisting” provisions have been proposed—and failed—in the past.

Much the same is true of violations of the FLSA. The uncertainty of the law and regulations involving classification of independent contractors, for example, makes this area a legal mine field, filled as much with error and inadvertence as intent. In all these cases, the cost of an administrative finding would be so high—debarment—that it would ensure lengthy litigation of even the most minor alleged violations.

The specified preference for unionized contractors or employers that enter into neutrality agreements or promise not to hire striker replacements is, in addition to being a potent organizing tool, a sub rosa amendment to the National Labor Relations Act (NLRA), which permits replacing striking workers. This amendment also poses a threat to existing standards that favor the most cost-effective bidder.

A final amendment to the bill requires the Office of Federal Contract Compliance Programs (OFCCP) to add review of compliance with the federal prohibition on criminal history inquiries to its audits of federal contractors.

The threat of a statutory form of debarment would be a powerful coercion on those who seek to bid on DOD contracts, which make up the vast majority of federal contracts. It is unlikely, however, that these amendments will survive in the Senate, with even some Democratic senators opposing them. Nonetheless, the success of these measures in the House reflects the growing influence of the prounion progressive wing of the House Democrats.

Article presented by the editors of Federal Employment Law Insider