What Employers Should Know About Personality Tests, Antibias Laws 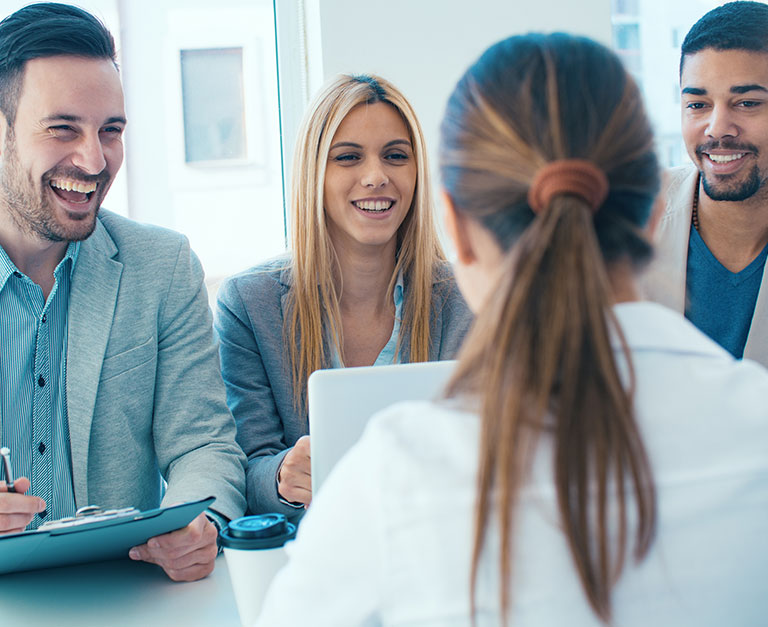 According to some reports, up to 60% of workers are required to complete personality tests during the hiring process. Employers use such tests to predict performance and “cultural fit” by attempting to learn about a prospective employee’s character and personality, including his attitude, interests, motivations, opinions, preferences, and emotional makeup. Personality tests can help employers identify who may excel at a certain job or in a particular position.

Personality testing is generally less likely to expose your organization to liability than other psychometric testing, such as cognitive ability and intelligence testing, but using personality tests during the hiring process still presents risks.

Many lawsuits related to personality testing have been brought under various federal discrimination laws. It’s important to be aware of those laws and know how to mitigate the risk of liability.

Idaho employers, for example, should understand that a prospective employee’s “personality” is not a protected characteristic under federal antidiscrimination law. Federal courts have specifically held that deciding not to hire someone because of his “disruptive or uncooperative behavior” or “abrasive personality” is a legitimate nondiscriminatory reason. Thus, using personality testing during the hiring process is not in itself illegal.

Some unsuccessful job applicants have argued that personality testing implicates protected characteristics based on how their performance on the test is used to justify the decision not to hire them or that the tests are used as a “pretext,” or excuse, for an illegal reason to reject them.

For example, in one lawsuit, an applicant argued that questions about religious beliefs, visions, and sins relied on religion-based questions in a discriminatory, and therefore illegal, manner. Let’s take a look at some federal anti-discrimination laws that may apply to the use of personality tests during the hiring process.

Title VII of the Civil Rights Act of 1964 prohibits discrimination in the hiring process based on race, color, religion, sex, or national origin. Title VII expressly permits employers to administer “professionally developed ability tests” and take employment action based on the results as long as the tests aren’t “designed, intended or used to discriminate.”

However, Title VII prohibits you from adjusting test scores, using different cutoff scores, or otherwise altering the results of an employment-related test based on an applicant’s protected characteristics (i.e., race, color, religion, sex, or national origin).

Additionally, you cannot use facially (apparently) neutral tests that have the effect of disproportionately excluding applicants based on a protected characteristic unless (1) you can show the test is job-related for the position at issue and consistent with business necessity and (2) the applicant cannot demonstrate there’s a less discriminatory alternative is available.

When a test does create a disparate impact (i.e., it disproportionately excludes people with a certain protected characteristic under Title VII), the Equal Employment Opportunity Commission’s (EEOC) Uniform Guidelines on Employee Selection Procedures (UGESP) provides guidance and criteria for determining whether the test is legal.

There are various methods of “validating” the test, and the UGESP is complex, so if your testing creates a disparate impact, you would be prudent to seek out legal counsel and have the test properly validated.

Disability Discrimination Under the ADA

The Americans with Disabilities Act (ADA) provides that employers “shall not . . . make inquiries as to whether [an] applicant is an individual with a disability or as to the nature or severity of [any] disability.” Most personality tests do not assess personality traits that would qualify as disabilities under the ADA. The law’s definition of “impairment” doesn’t include personality traits such as poor judgment or a quick temper if they are not symptoms of a mental or psychological disorder.

Courts have explained that the ADA doesn’t prohibit employers from asking questions about organization, time management, judgment, temper, impulse control, the ability to perform under stress, a propensity for honesty, and the ability to get along with others.

The ADA does prohibit you from subjecting job applicants to medical examinations before you extend an employment offer. According to the EEOC, a “medical examination” is “a procedure or test that seeks information about an individual’s physical or mental impairments or health.” The agency has clarified that psychological tests “designed to identify a mental disorder or impairment” are medical examinations under the ADA.

However, psychological tests “that measure personality traits such as honesty, preferences, and habits” are not medical examinations. In short, you shouldn’t administer personality tests during the hiring process if they will reveal a mental impairment.

Age Discrimination Under the ADEA

The Age Discrimination in Employment Act (ADEA) forbids employment discrimination against anyone who is older than 40. Therefore, you shouldn’t administer personality tests to prospective employees who are older than 40 unless you also test younger applicants.

Additionally, the ADEA prohibits even neutral testing that has a “discriminatory impact” on applicants based on their age, unless the impact can be tied to a “reasonable factor other than age.”

In light of the discrimination laws outlined above, you should be aware of the potential risks of personality testing and take certain steps to mitigate them. Here are some recommendations and best practices to keep in mind if you decide to use the tests in the hiring process:

For additional recommendations, the EEOC has issued its own set of best practices for testing and selection, which can be found here.

Overall, personality testing during the hiring process isn’t illegal by itself, and it may help you effectively narrow the pool of applicants for a particular position. Having a basic understanding of potentially applicable federal anti-discrimination laws and adopting the best practices set out above will minimize the risk of liability associated with the testing.

Andrew Alder is an attorney in the Boise office of Parsons Behle & Latimer.