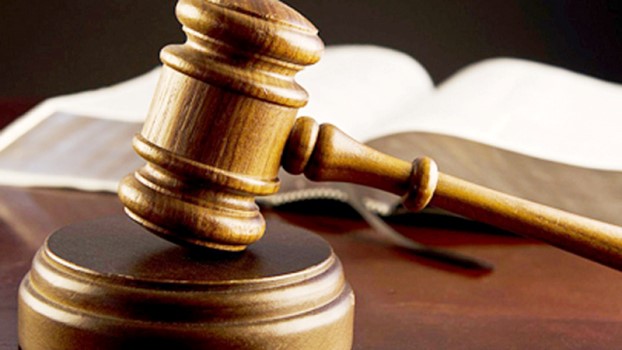 The August 3rd ruling by a U.S. District Court in New York expanding the scope of the FFCRA, may (or may not) soon have major ramifications for many employers nationwide.  It will be important for all potentially-impacted employers to very carefully monitor developments relating to this ruling.

For the time being, the ruling affects FFCRA-covered employers in New York, Connecticut, and Vermont, but could easily be expanded.  Conversely, it could be overruled based on an anticipated DOL appeal. Given that the FFCRA is scheduled to expire on 12/31/2020, we can expect that any action in either direction will be swift.

The U.S. District judge for the Southern District of New York found that the DOL’s final rules implementing the FFCRA were too restrictive toward employees.  Specifically, the ruling addresses the use of paid sick or medical leave when there is no work available, the exclusion of all employees of healthcare providers, the use of intermittent leave under the FFCRA and documentation requirements.  In each instance, the judge’s interpretation (which can also be retroactive) allows for significantly easier access to the Act’s benefits for employees.

Following is a detailed article from our content partners at BLR…

The number of people entitled to paid leave under the Families First Coronavirus Response Act (FFCRA) will be expanded if a ruling from a New York federal judge holds.

A judge in the U.S. District for the Southern District of New York ruled August 3 that the U.S. Department of Labor’s (DOL) final rule implementing the FFCRA is too restrictive in four areas:

If the ruling stands and eventually applies nationwide, “it could upend employers’ previous expectations about when FFCRA leave is required,” according to Brad Williams, an attorney with Holland & Hart LLP in Denver, Colorado. “Most notably, employers could previously assume that if they were shut down due to governmental orders, that their employees had no ‘work’ from which to take ‘leave,’ and that they could deny paid FFCRA leave accordingly.” If the judge’s ruling holds, that’s no longer the case.

Williams says the ruling could mean that an employer closed because of the pandemic could “still be on the hook for paying its employees for FFCRA-qualifying leave,” which “could have the perverse incentive of encouraging terminations of employment rather than the furloughs we’re currently seeing.”

Paul Sweeney, an attorney with Coughlin & Gerhart, LLP in Binghamton, New York, says if the judge’s decision stands, it would have “a huge retroactive effect” if a covered employer previously denied an employee’s request for FFCRA benefits based on the DOL’s rule. Employers that relied on the DOL rule may have “widespread FFCRA exposure,” he says.

“This is not insignificant,” Sweeney says, since a wrongful failure to grant FFCRA benefits subjects employers to liability under the Fair Labor Standards Act (FLSA), which can include back pay, liquidated damages, civil fines, and attorneys’ fees.

Mark Adams, an attorney with Jones Walker LLP in New Orleans, Louisiana, points out that the state of New York, which brought the case, did not seek—and the court did not issue—a nationwide injunction against the DOL’s rule. “Thus, it is unclear at this time whether the court’s ruling extends to employers and employees or to the DOL’s enforcement of its rule outside of New York,” he says.

If the DOL appeals the judge’s ruling, it is likely to defend the rule in other jurisdictions across the country, Adams says.

“In the meantime, employers face a difficult choice: Follow the DOL rule and risk being sued by out-of-work employees who wouldn’t qualify for paid leave under the DOL rule, or follow the court ruling and provide paid leave to furloughed employees who experience an otherwise paid leave qualifying event,” he says, adding that granting the leave would be “the more conservative approach since the FFCRA allows employers to claim a dollar-for-dollar payroll tax credit for FFCRA leave payments.”

Another effect of the ruling relates to intermittent leave and means employers must allow employees to take intermittent FFCRA leave to care for children whose school or daycare is closed, Kristin M. Simpsen, an attorney with McAfee & Taft in Oklahoma City, Oklahoma, says.

Attorneys are advising employers to stay tuned to see what the effect will be.

“In the short term, employers will need to know whether this ruling will be appealed and whether it will be stayed during any appeal,” Williams says. “If it is not stayed, employers may need to drastically expand their grants of FFCRA paid leave—both to employees who may be furloughed due to lack of work and to employees who previously satisfied the expansive ‘healthcare provider’ exemption.”

Also, employers won’t be able to demand documentation from employees as a precondition to taking certain types of leave, Williams says.

Sweeney says the judge’s ruling certainly applies to the Southern District of New York and has persuasive authority throughout the Second Circuit Court of Appeals, which covers New York, Connecticut, and Vermont. Another district court may issue similar rulings, but employers outside the Second Circuit may not be immediately affected by the August 3 decision.

Sweeney says in the long term, he would not assume that the decision will be overturned in whole or in part. Since a failure to pay FFCRA benefits is treated like a failure to pay wages under the FLSA, “I would recommend that affected employers immediately adjust policies” to comply with the judge’s ruling.

Adams says unless the New York judge’s ruling is adopted by other courts or the DOL pulls back its rule, he is continuing to advise employers to follow the rule, “but to be aware that it has been called into question.” He is advising employers to monitor the DOL’s next steps, “which could include anything from seeking a stay, appealing the decision, or creating new rules or interim guidance.”